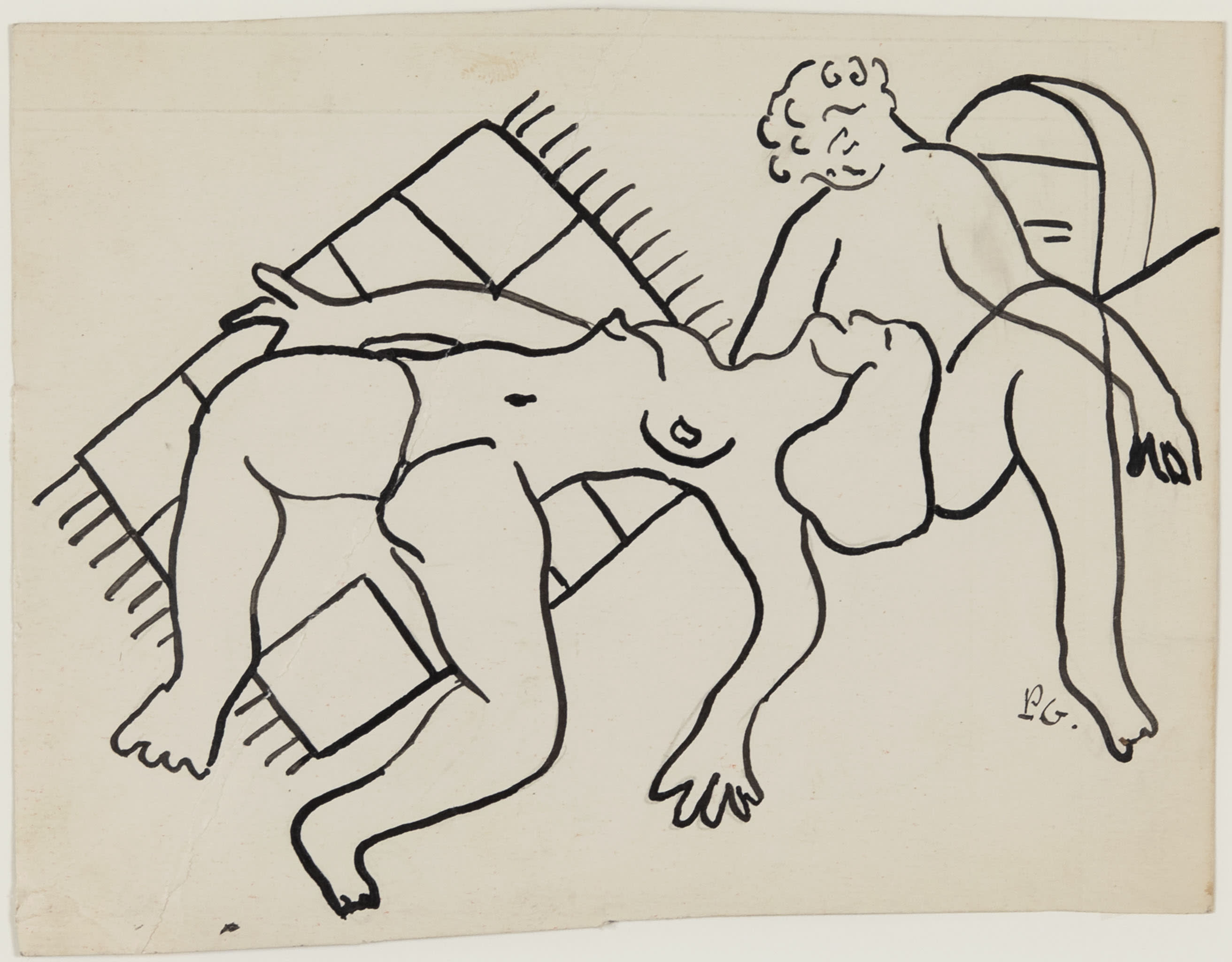 Raised by a faith-healer grandmother, Pierre Giraud was a self-taught artist whose practice featured tree bark sculptures, pencil sketches of magicians, druids and other symbolic figures, and formalist paintings. His brother Robert was a nightlife character who introduced Jean Dubuffet to tattoo culture and served as a one-time assistant to Michel Tapié at le Foyer d’Art Brut - where Giraud was displayed and published as l’Enchanteur Limousin.