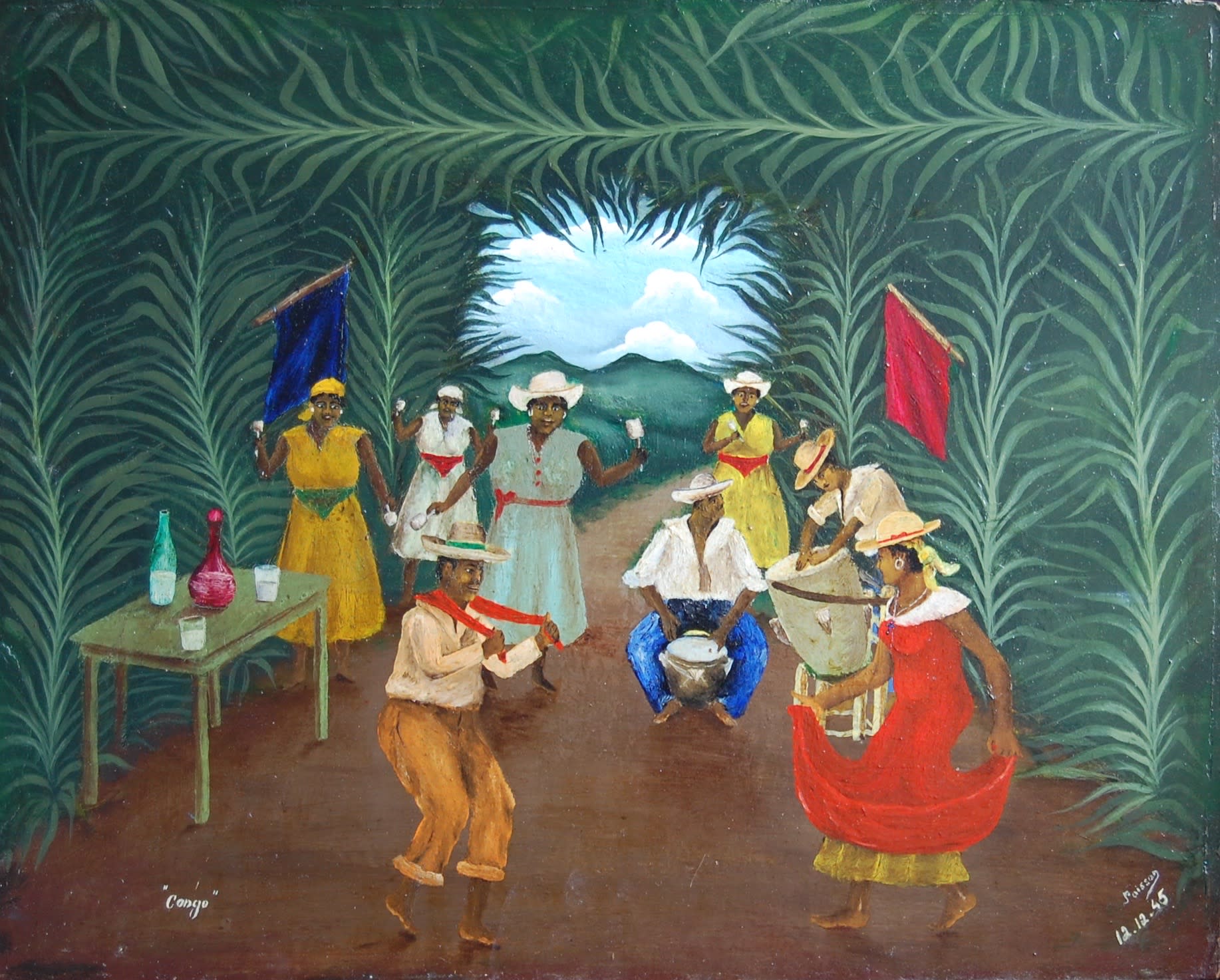 Louverture Poisson was born in Aux Cayes along the Southern claw of Haiti. He moved to Port-au-Prince in 1942 and trained as an airplane mechanic. In 1945 he joined le Centre d’Art and painted predominantly rural scenes but he was greatly regarded for his melancholy interiors, such as The Young Woman Brushing her Hair and Attente and L’Évadé, which used a more minimal palette and transmitted an air of desolation.