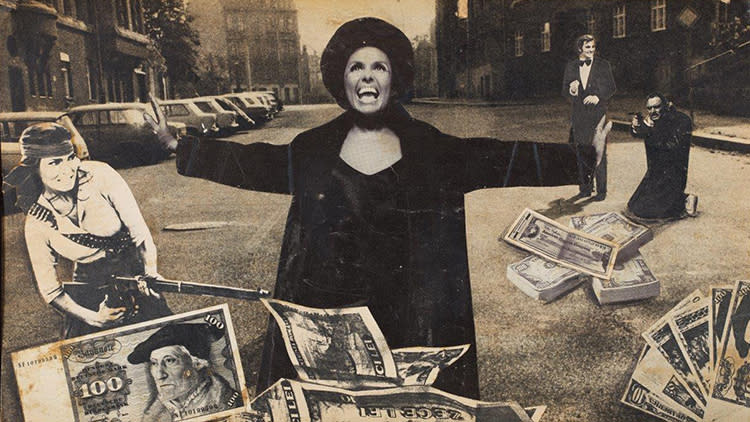 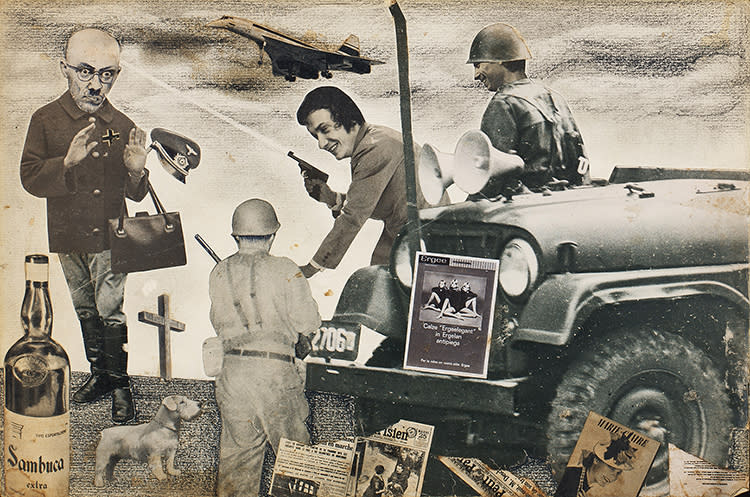 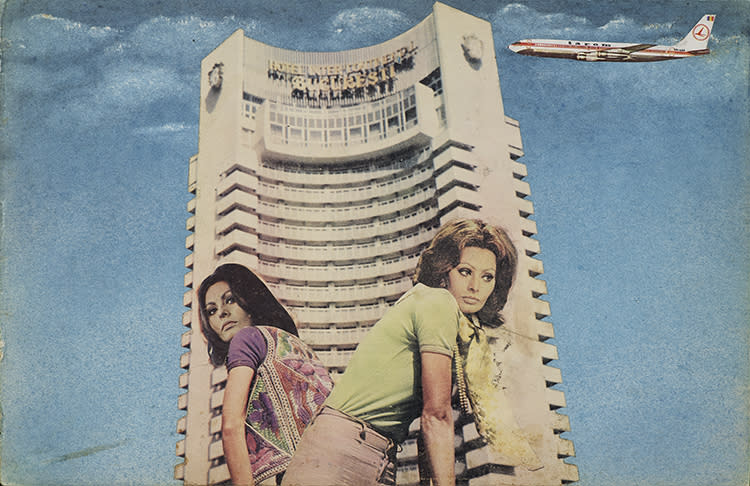 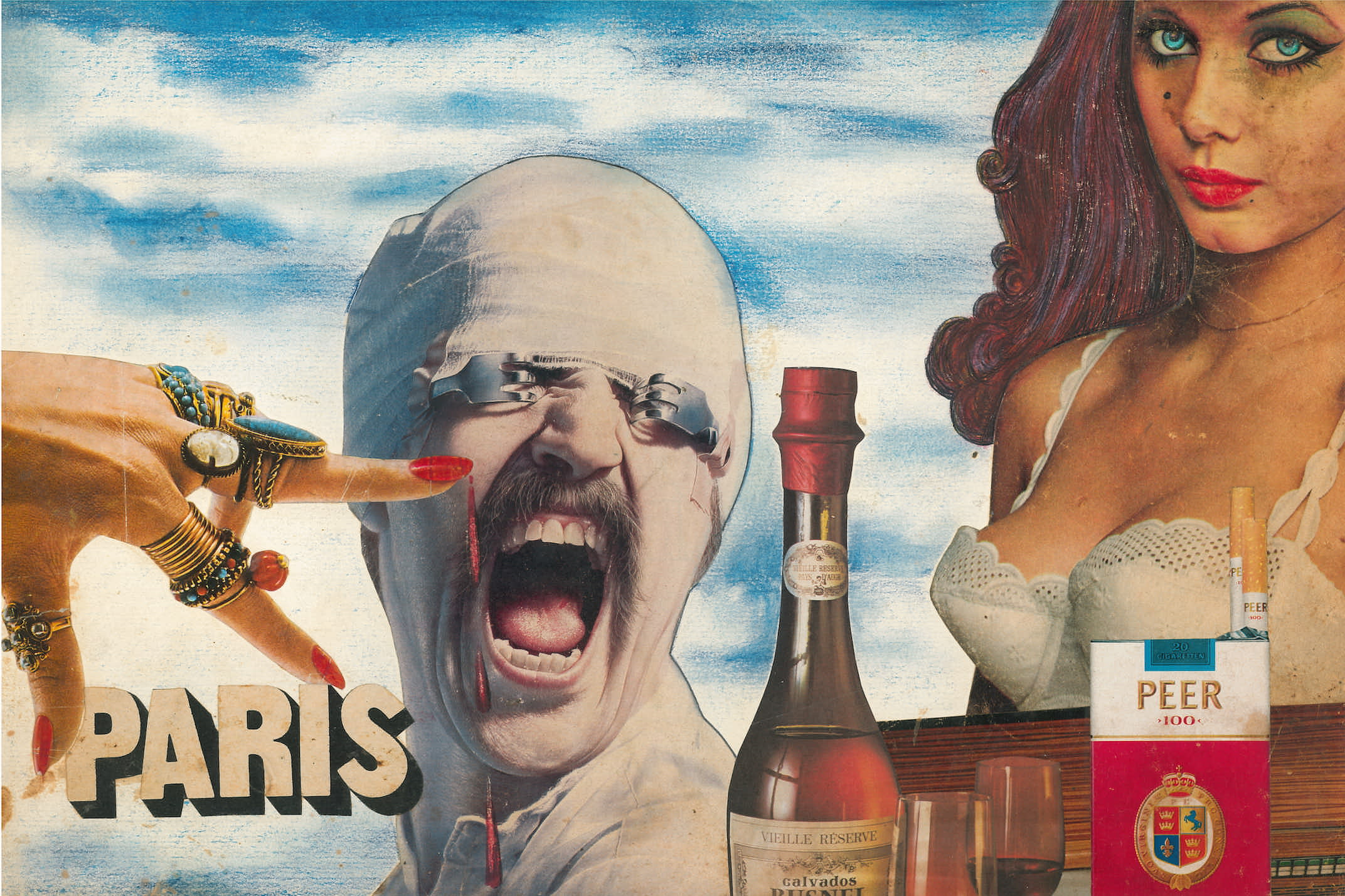 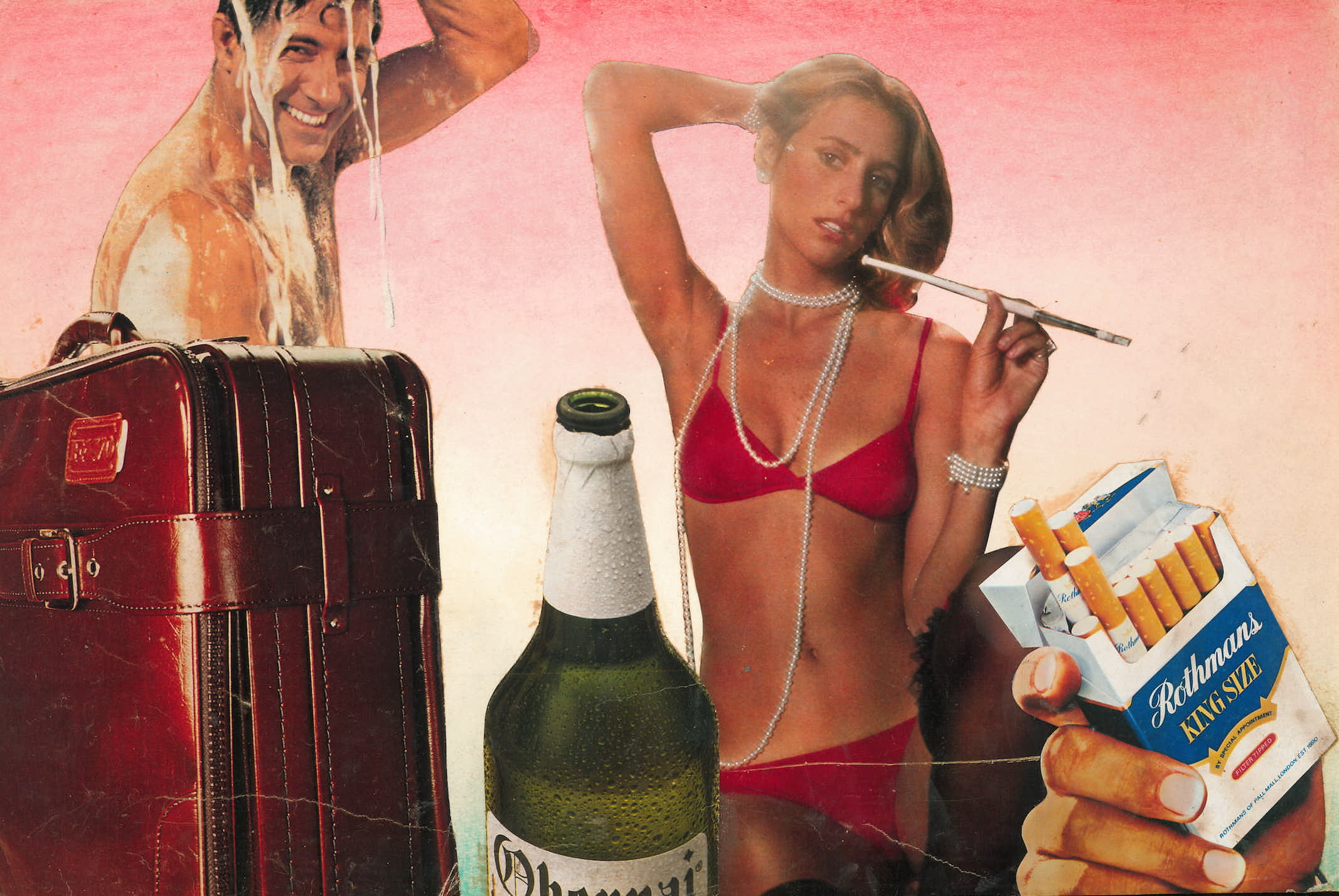 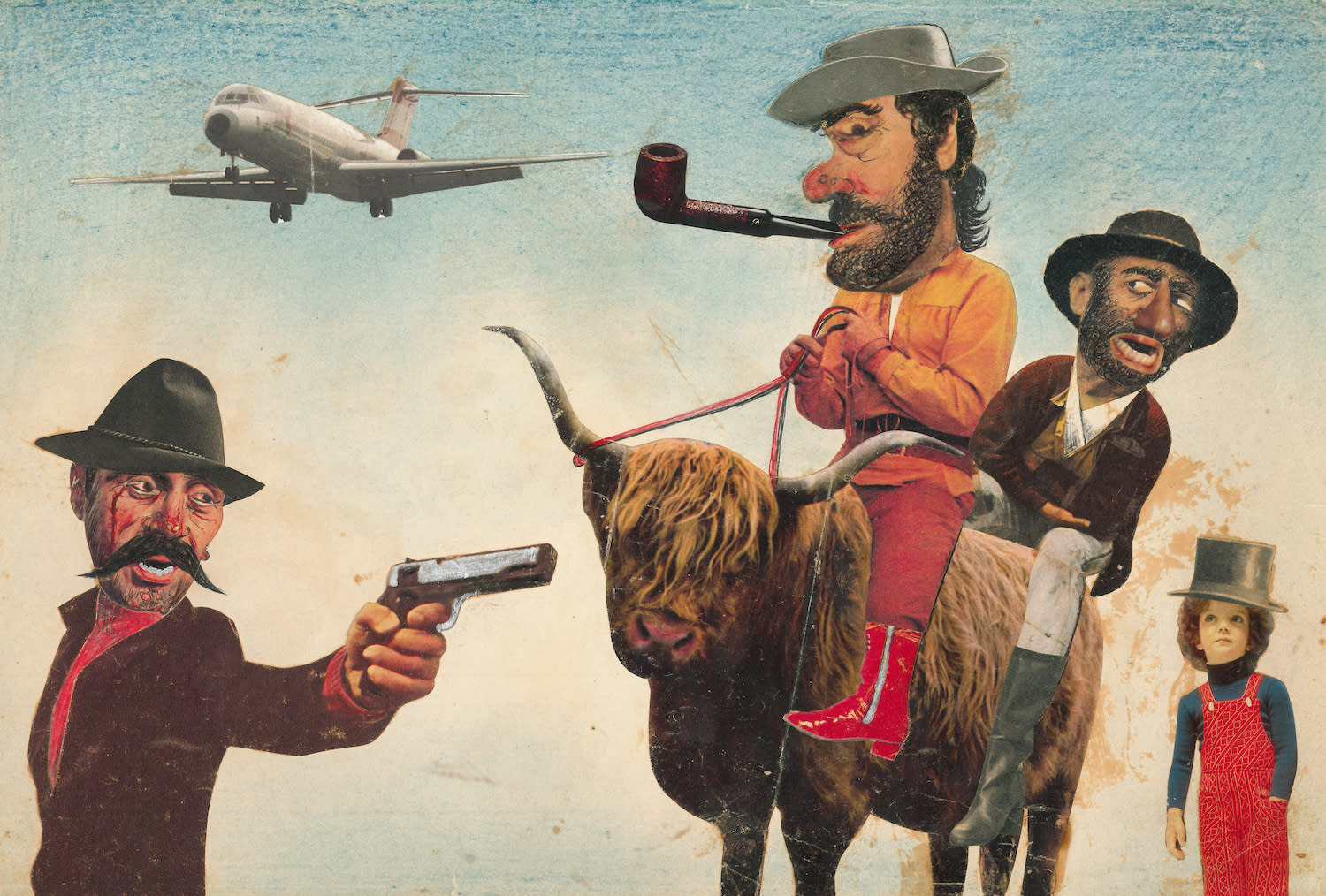 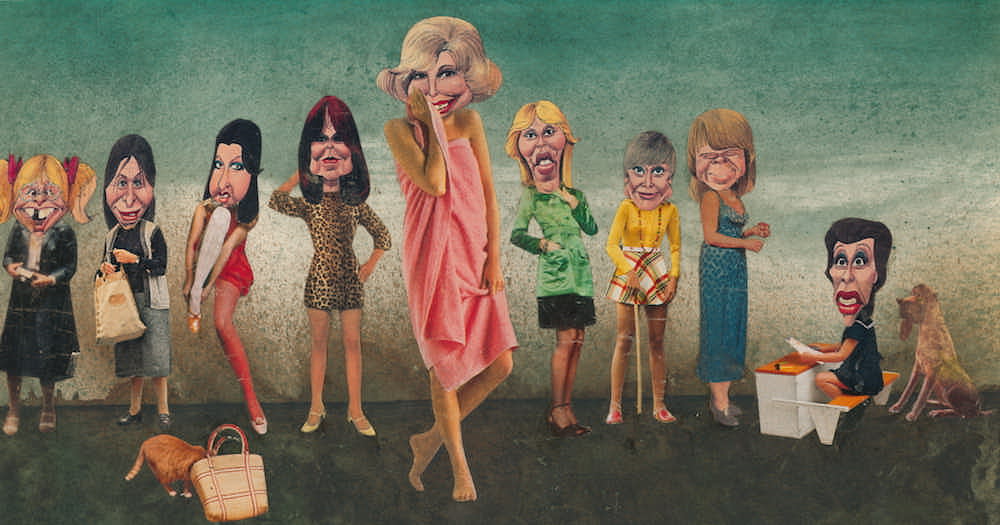 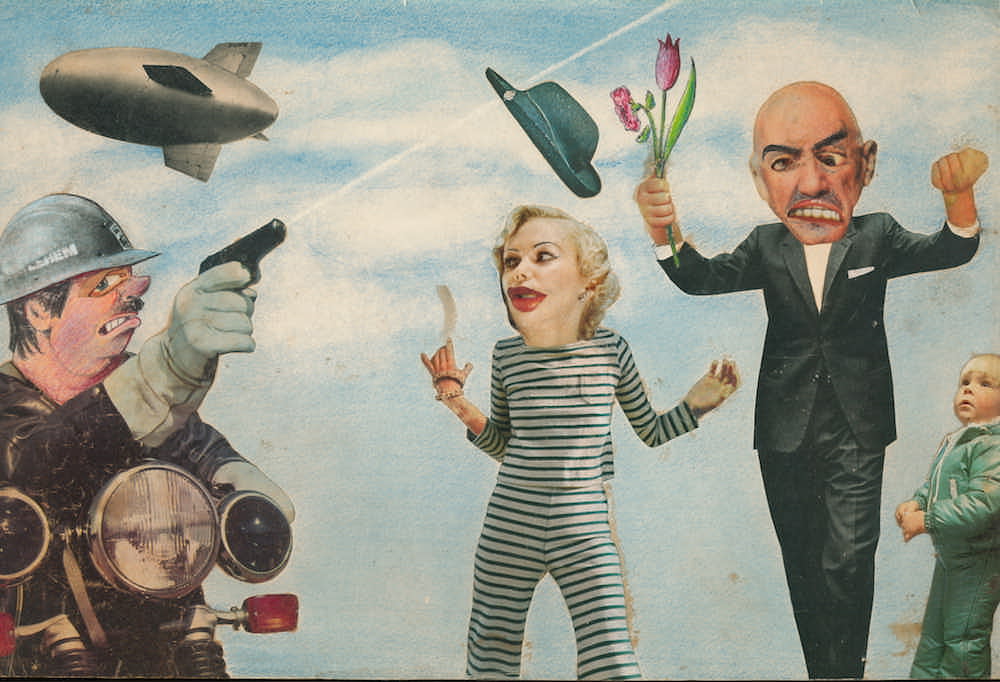 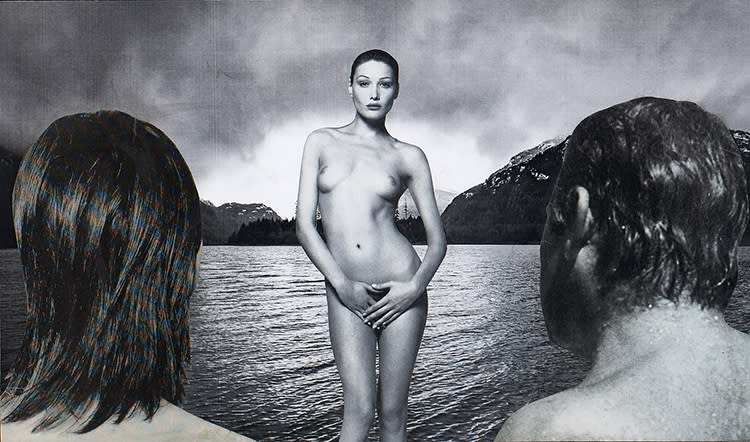 The makeshift open-air studio of Ion Bârlādeanu was discovered in a back-alley in Bucharest, Romania. Yet its proprietor, a modest and clandestine collagist, was unprepared for the acclaim which swiftly descended upon his once-secret art practice.

As social commentary, Bârlādeanu’s anti-communist and anti-capitalist assemblages reveal a wry sense of humour and sharp political savvy. The brilliance lies in their maker’s visual flair, where impossible eye-lines and one-point perspectives coincide effortlessly with the high-gloss, the pornographic and the surreal.

Born in 1946 near the Moldavian border, Bârlādeanu spent much of his adulthood drifting. He worked as a farmer, a docker, a security guard and a grave-digger. Yet it was the violent reign of Nicolae Ceausescu, and its subsequent collapse in 1989, which indirectly inspired Bârlādeanu to create such a subversive and satirical body of work.

Bârlādeanu sees himself not as an artist, but as a maverick film director. In these, his CinemaScope movies, he both commands and controls. World-class actors and Romanian big-wigs collide, sexy ingenues divert the male gaze, Nazis lurk everywhere, cigarettes are currency, and disputes are settled with a sausage, a bottle or a gun.

Today Bârlādeanu’s work is in notable museum and private collections. He is regularly included in international exhibitions, such as the 2015 Vienna Biennale, The Museum of Everything at Kunsthal Rotterdam in 2016 and Mona (Australia) in 2017/18, and Halle Saint Pierre (Paris) in 2018. He has been profiled in The Guardian and Le Monde.

ACTION, CAMERA!, The Gallery of Everything (London) 2017

EXHIBITION #6, THE KUNSTHAL OF EVERYTHING (Rotterdam) 2016