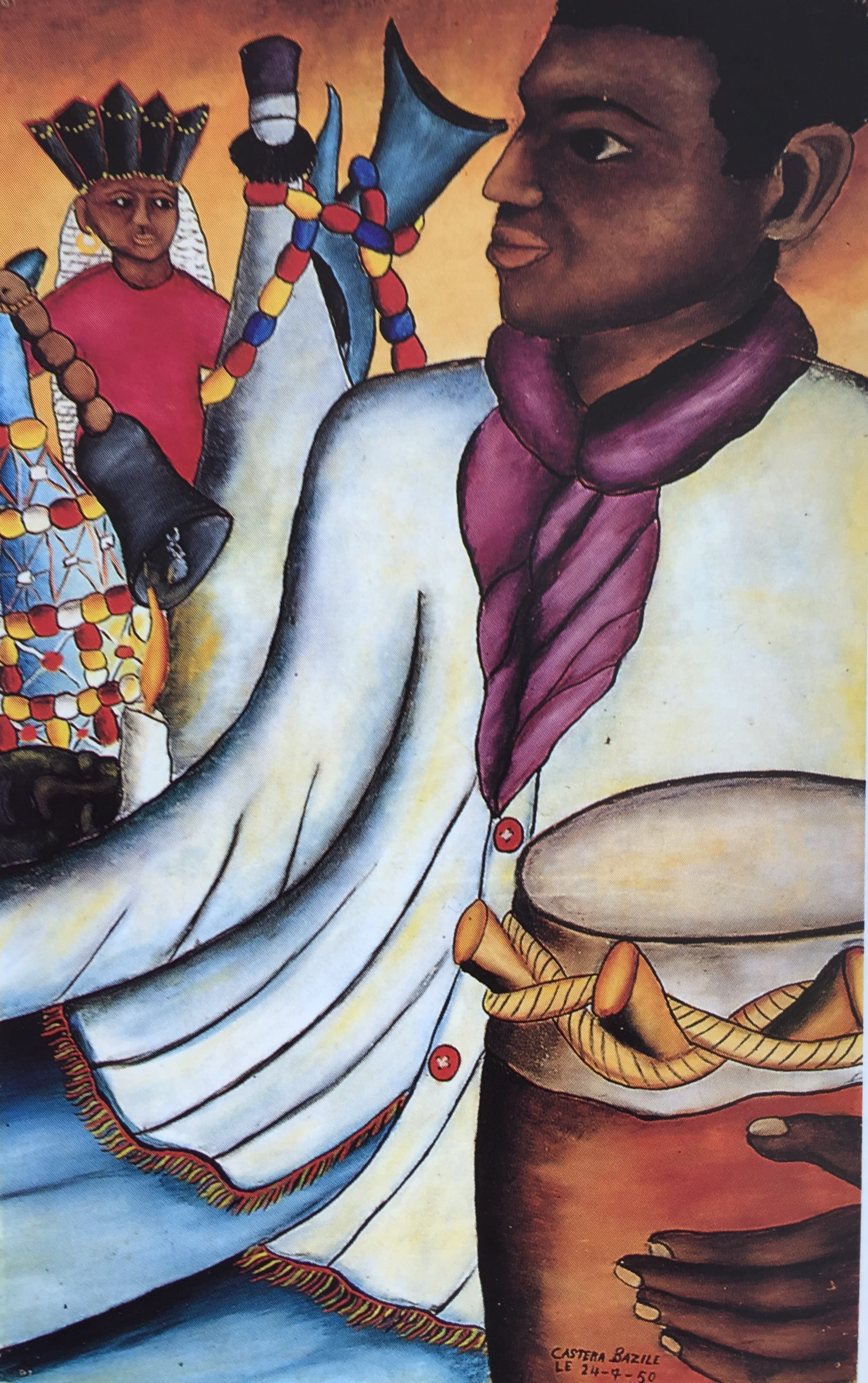 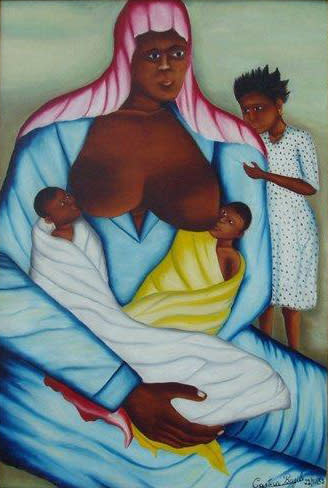 As a staff member working for DeWitt Peters, the founder of le Centre d’Art, Castera Bazile was surrounded by art-making. Young, devout and sensitive, he fast developed into one of the major figures of the first generation of so-called popular painters.

Bazile’s early material reflected his strongly-held beliefs, yet it was the metaphorical later works which revealed his nuanced sense of colour and interior drama. These reflections on Haitian identity resonated with perceptive detail and led to an invitation for Bazile to contribute to the murals on the Cathedral of Sainte-Trinité, in Port-au-Prince.

Although he died at a young age, Bazile’s work was celebrated during his lifetime and entered the permanent collection of the Museum of Modern Art. It also forms part of other major collections, including the Milwaukee Museum of Art.