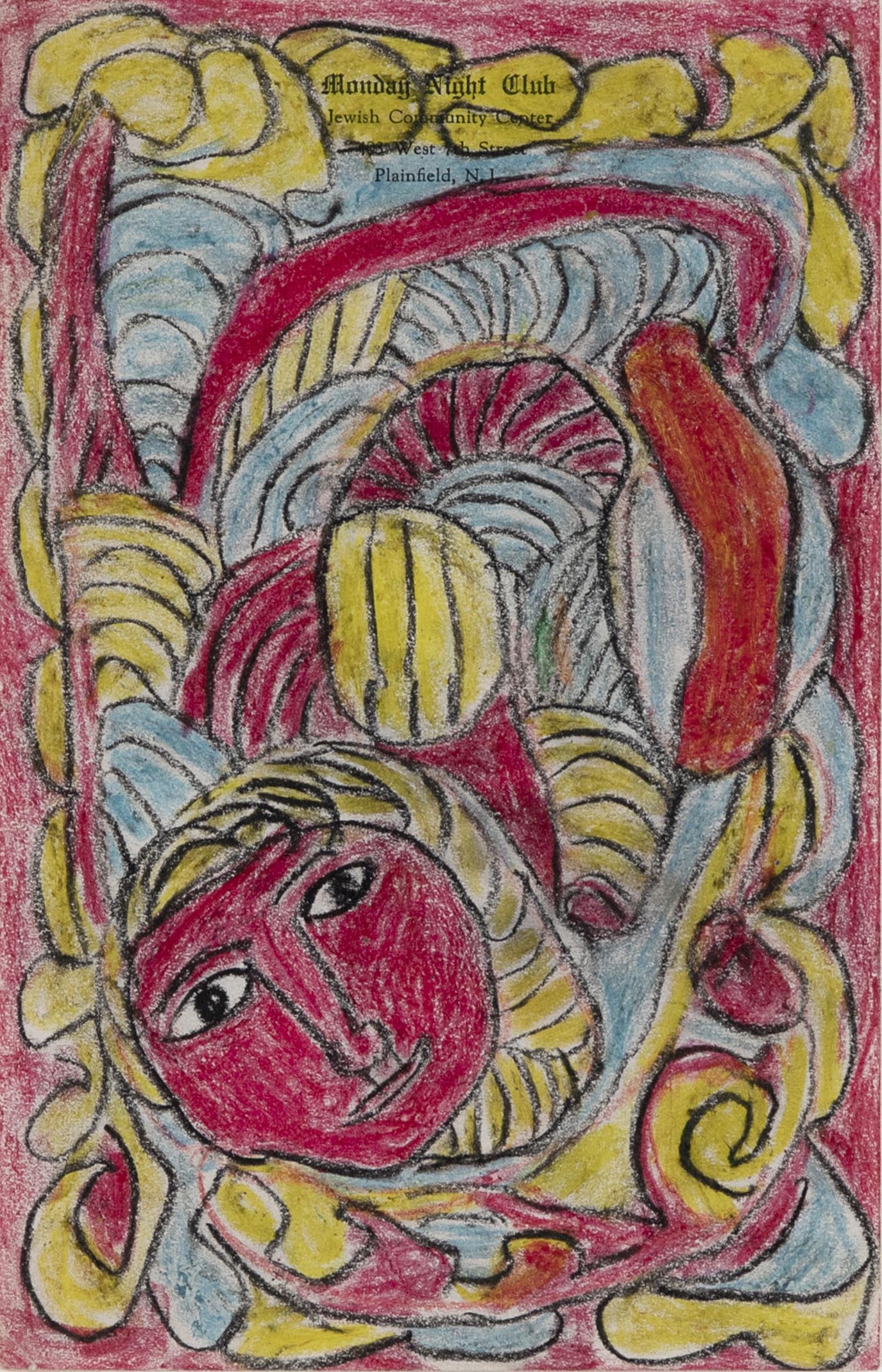 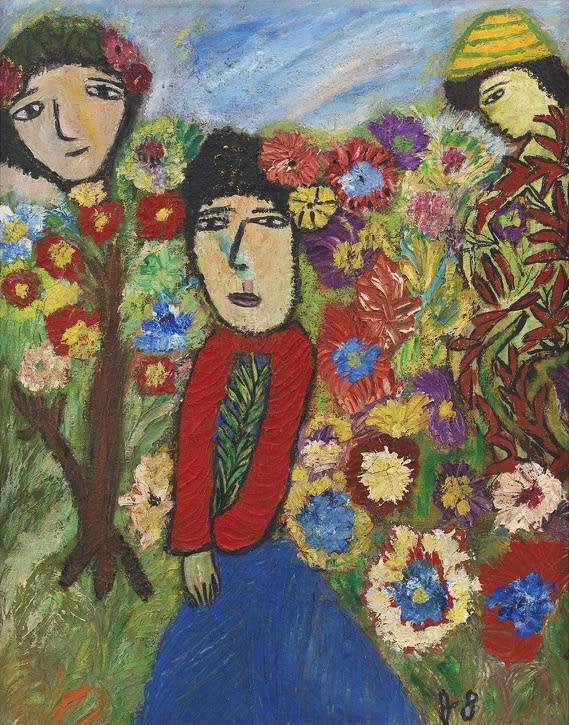 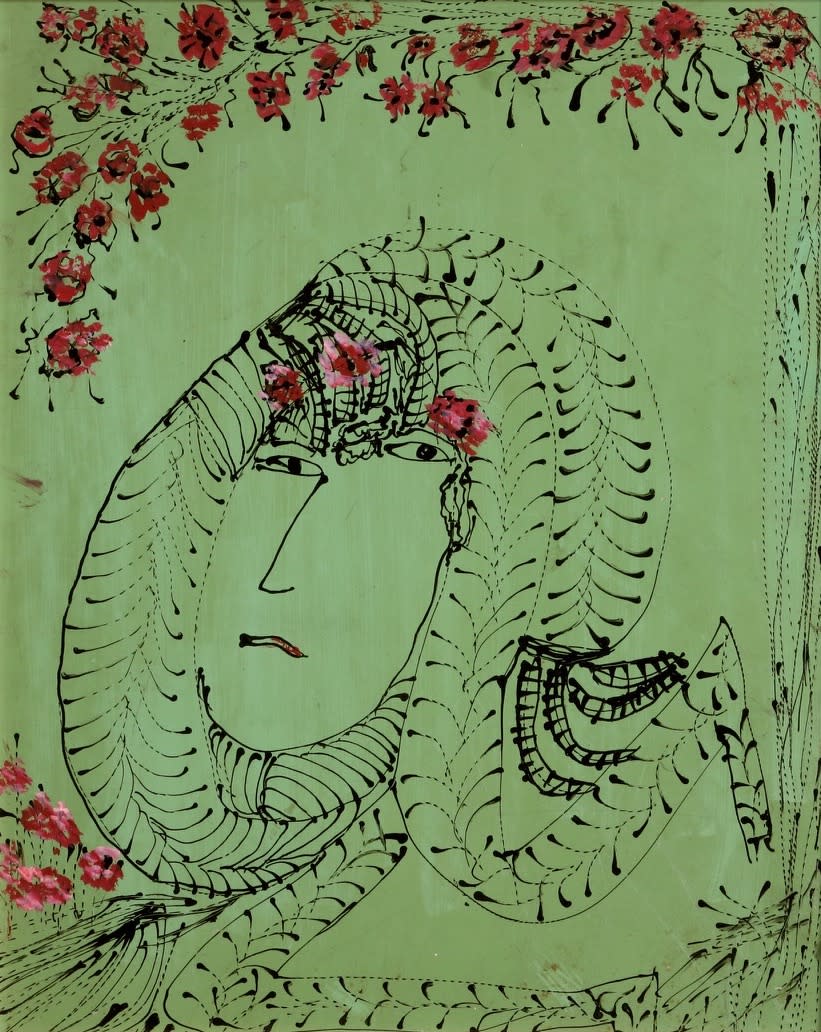 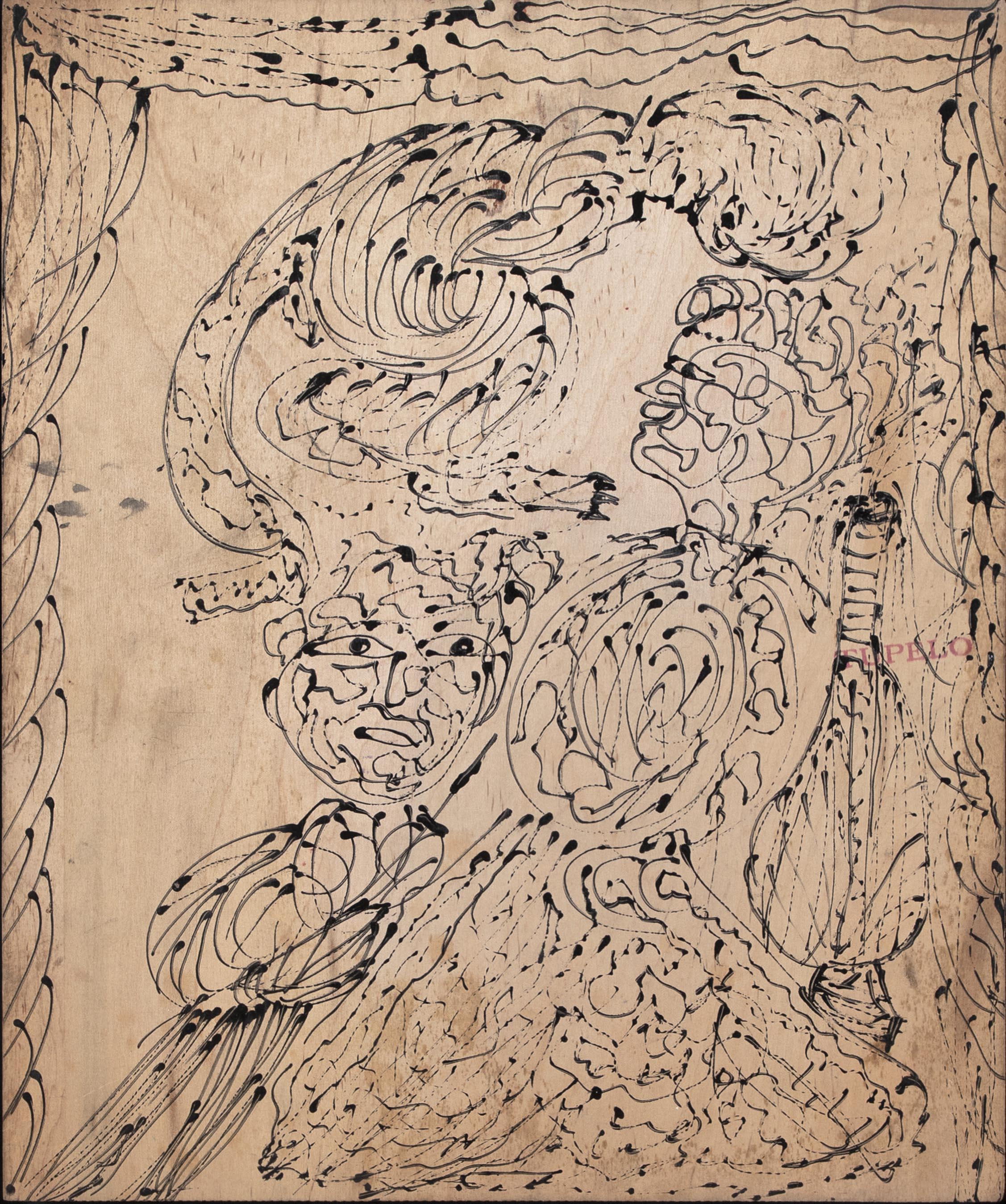 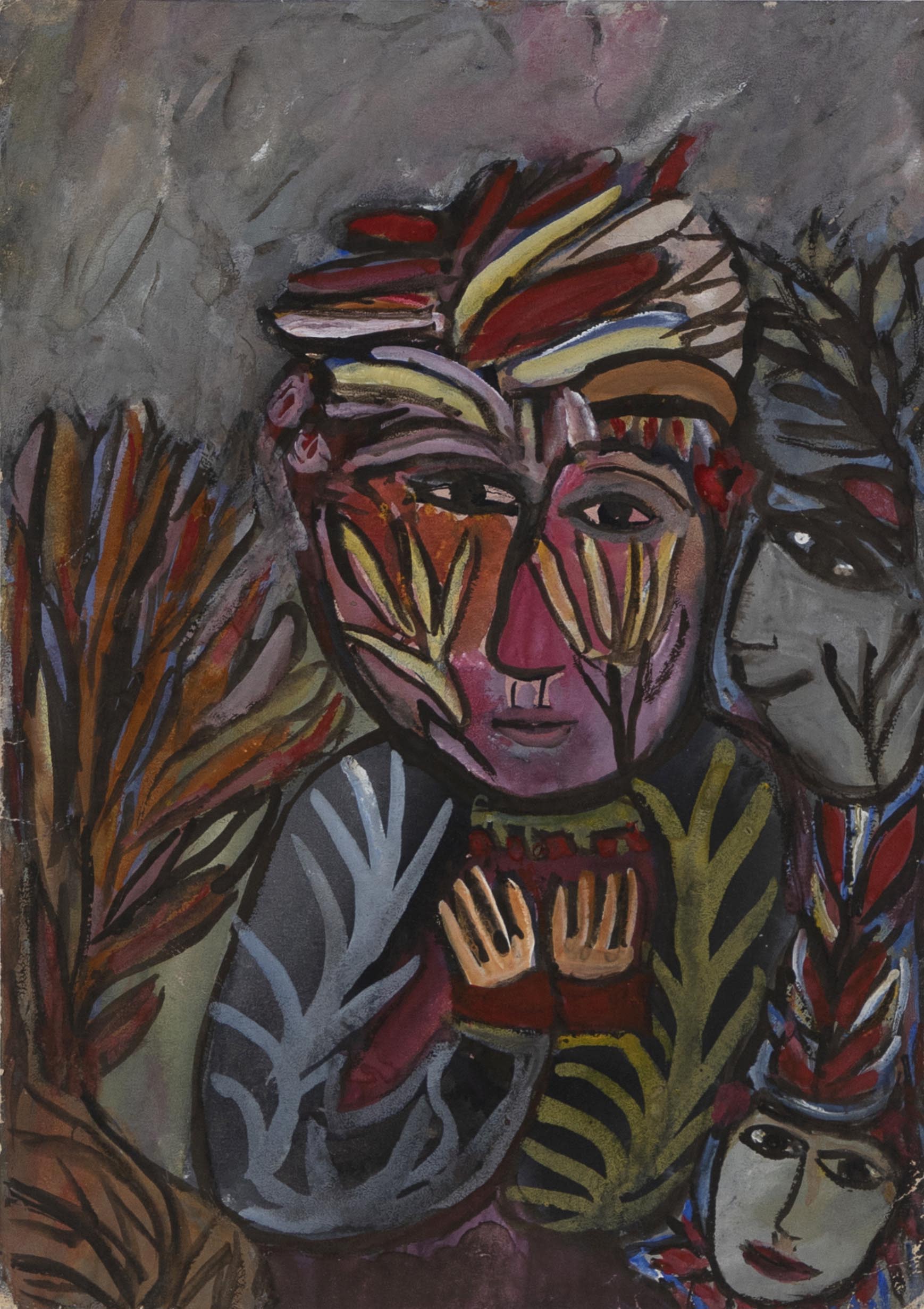 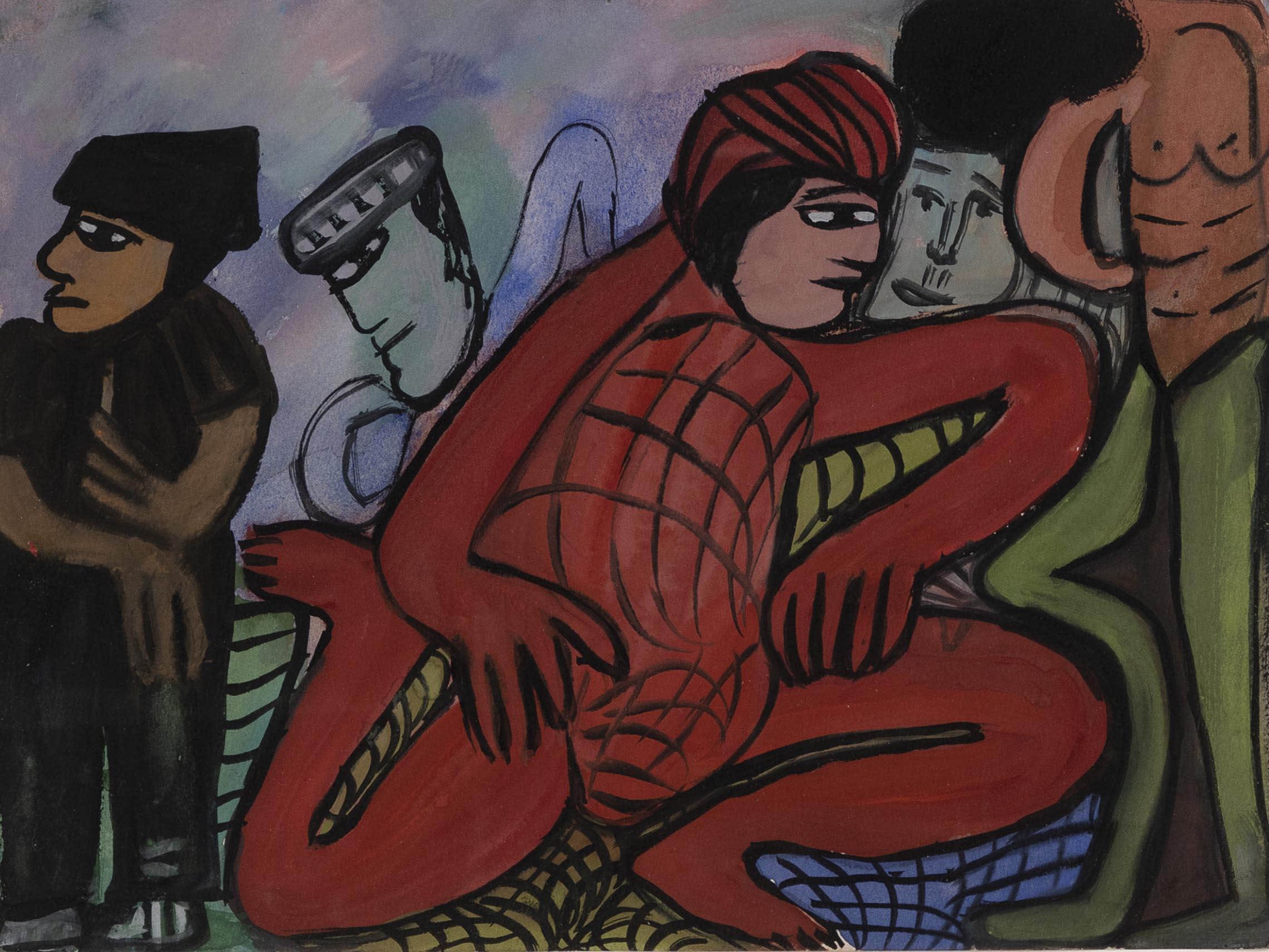 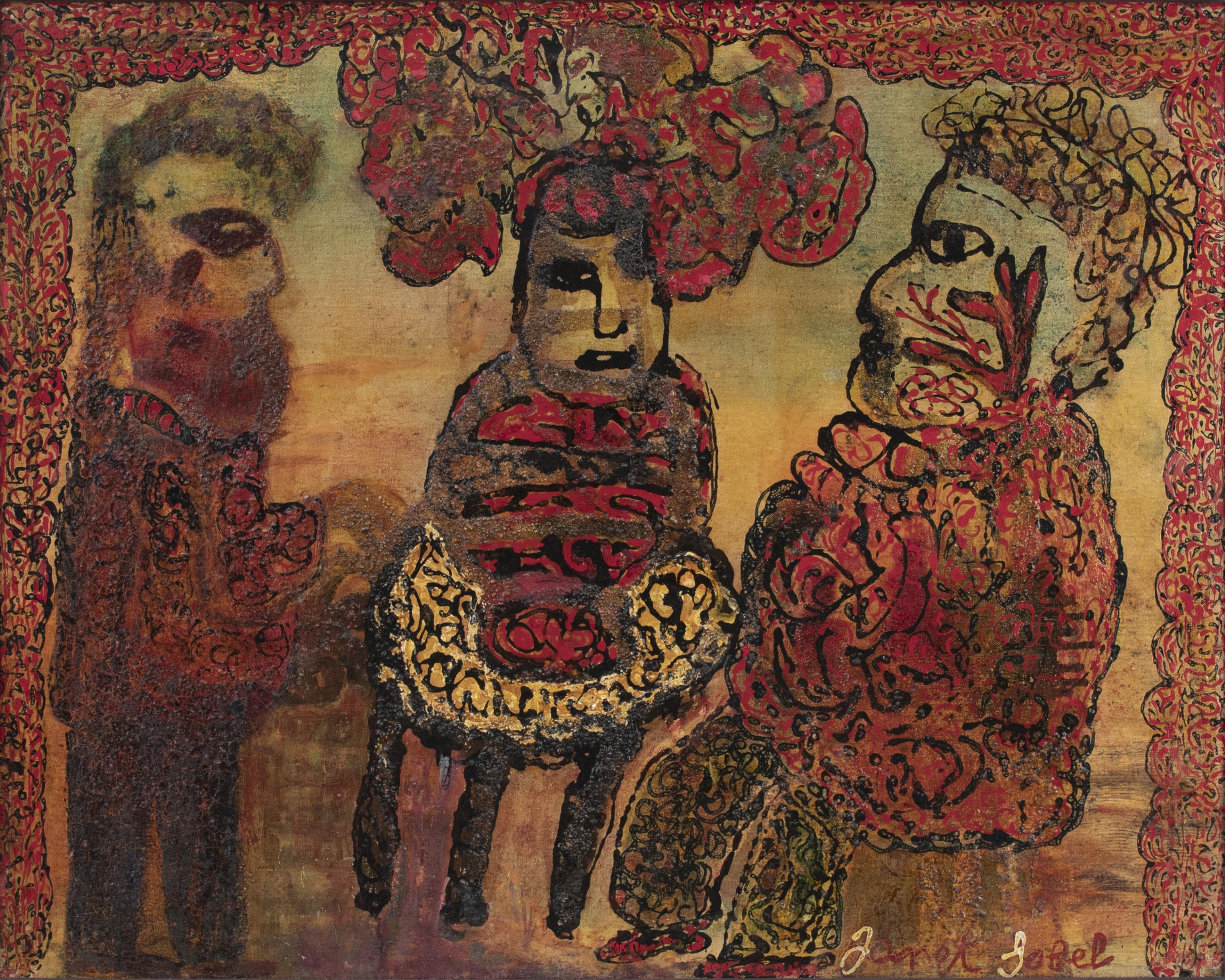 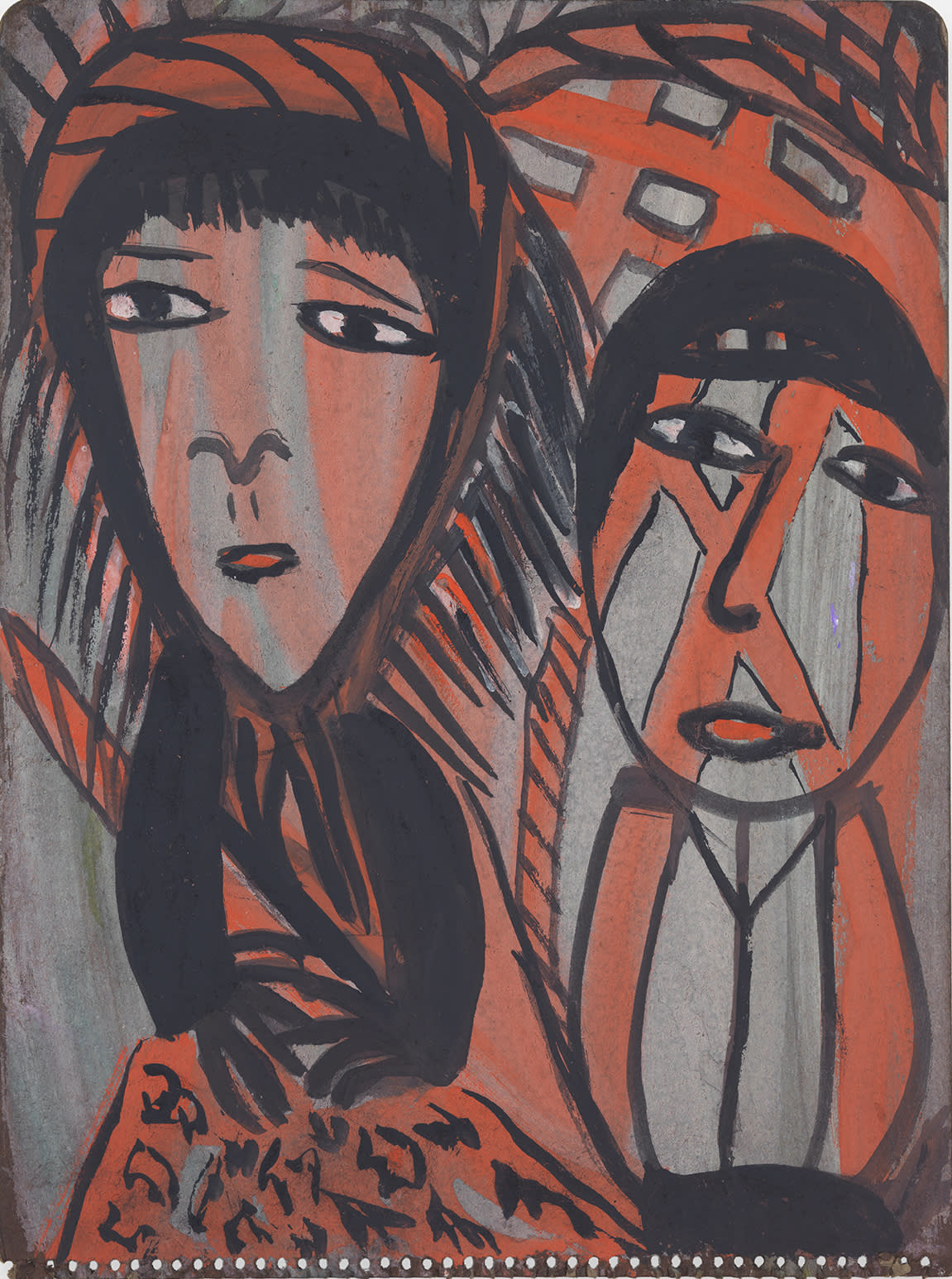 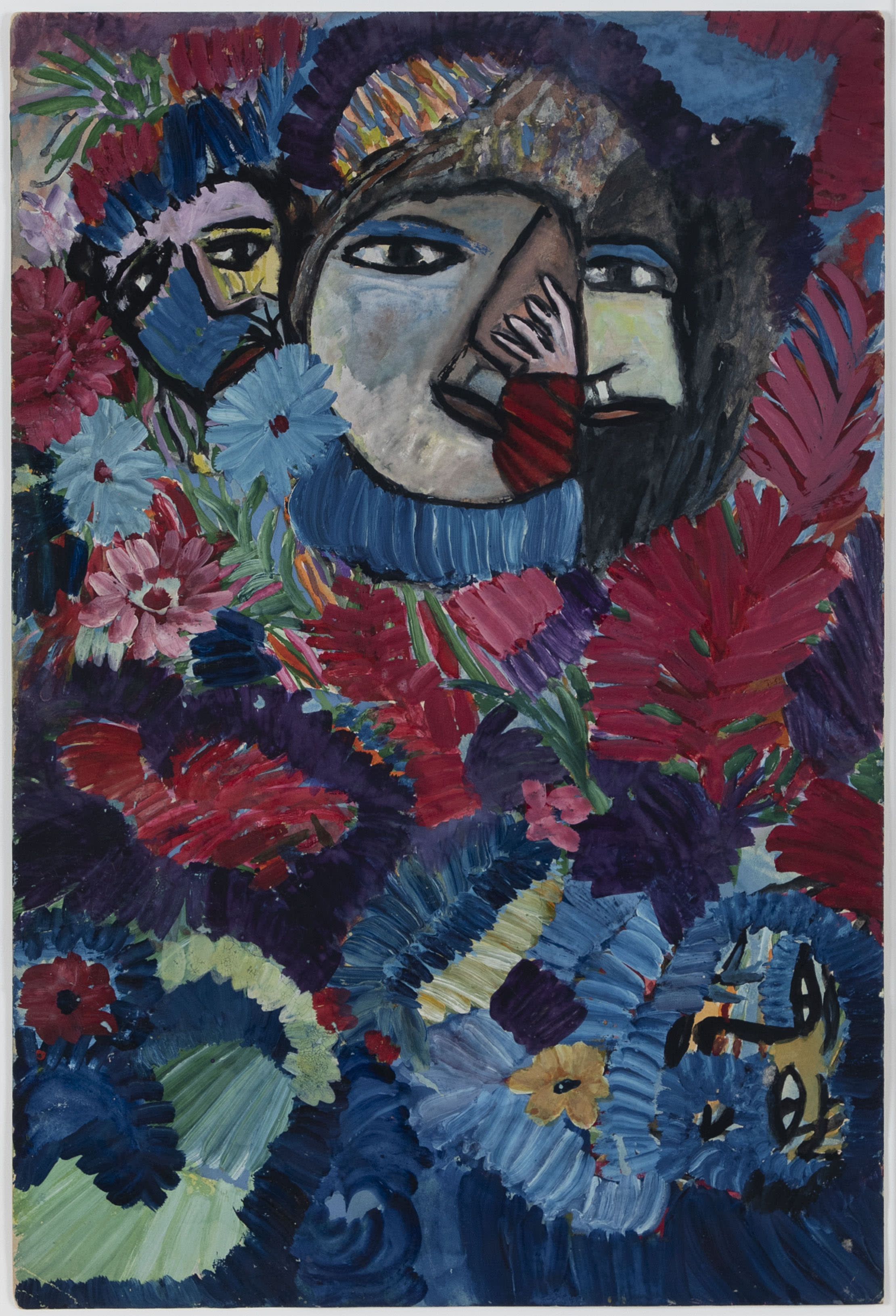 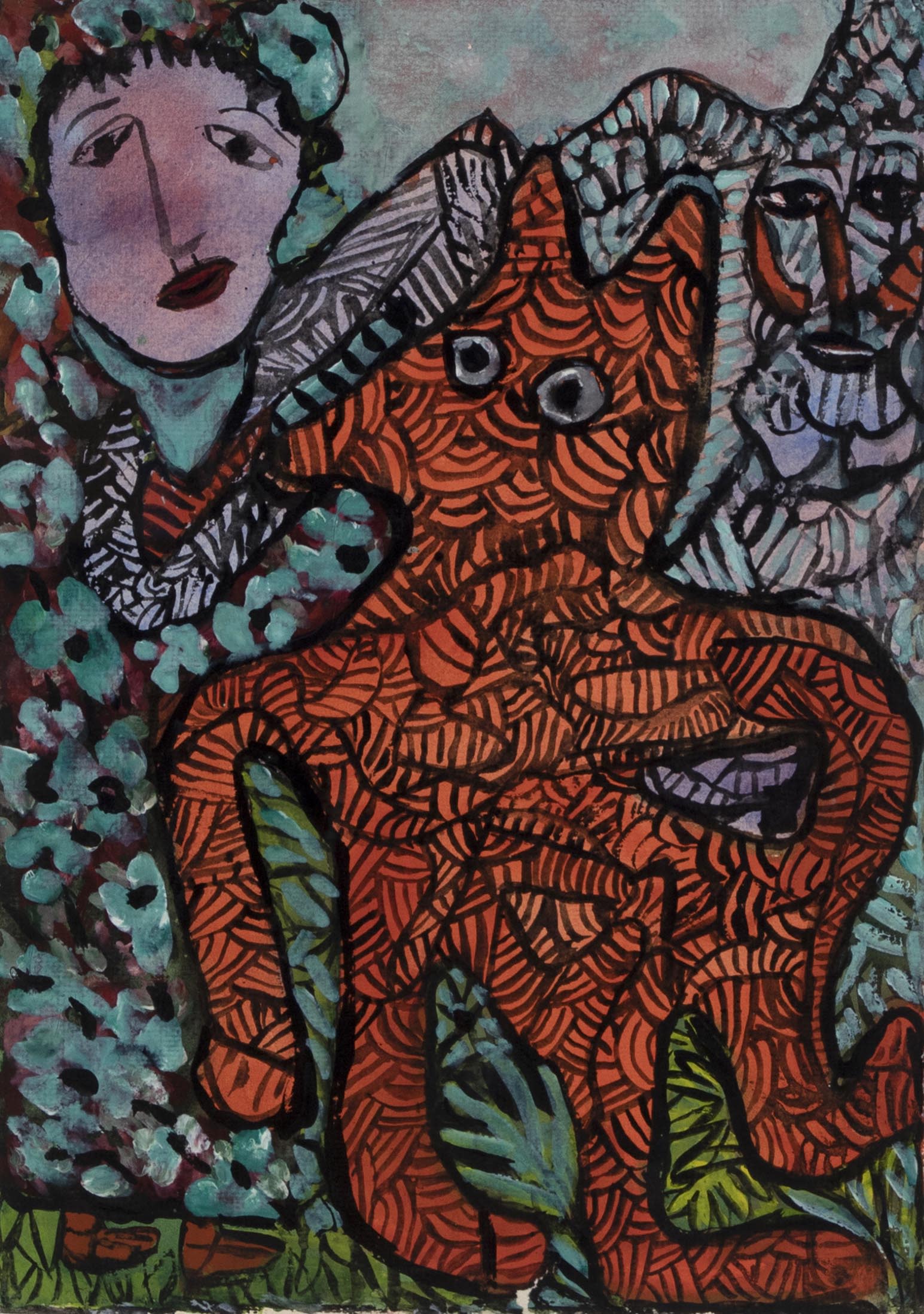 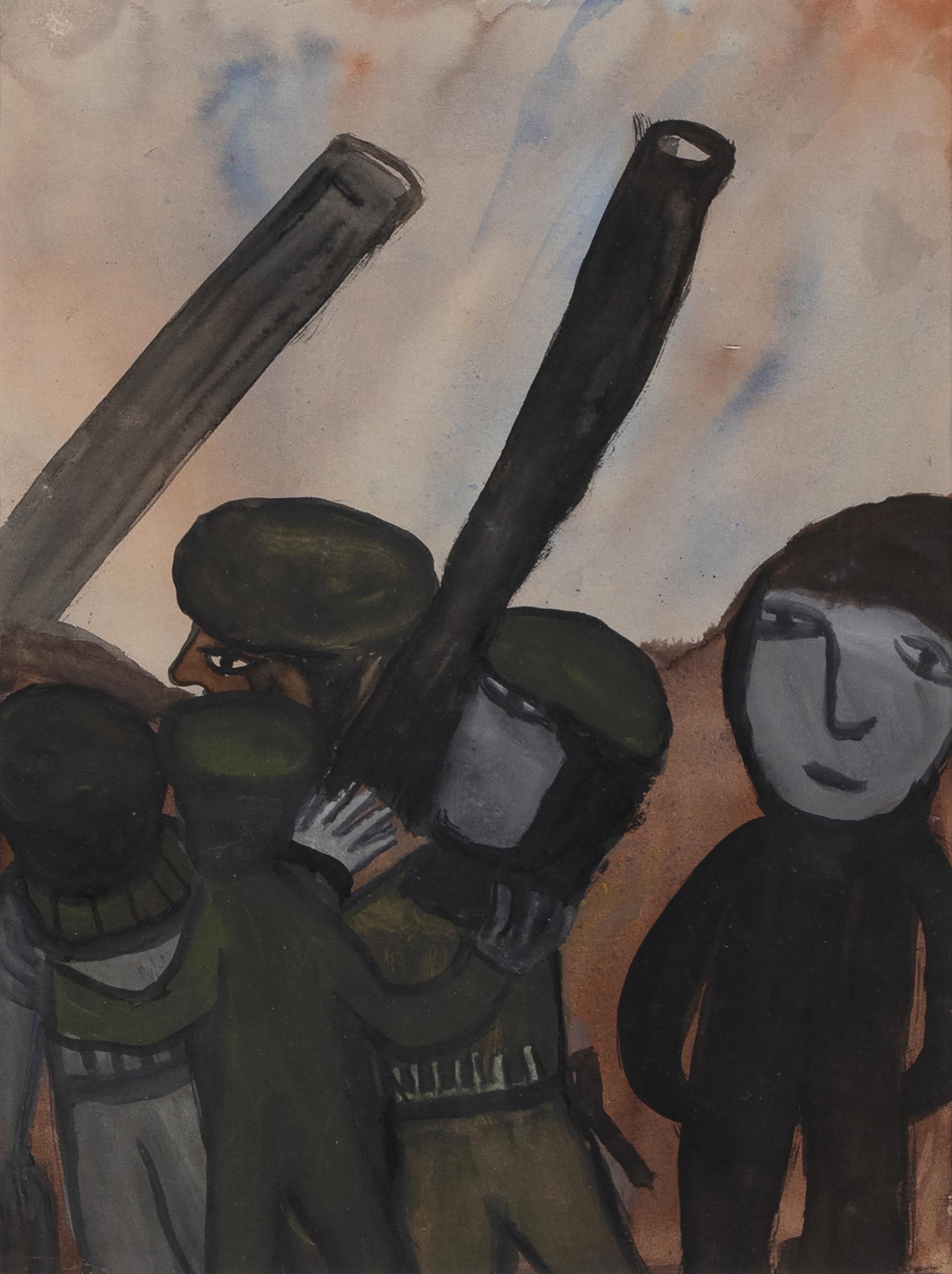 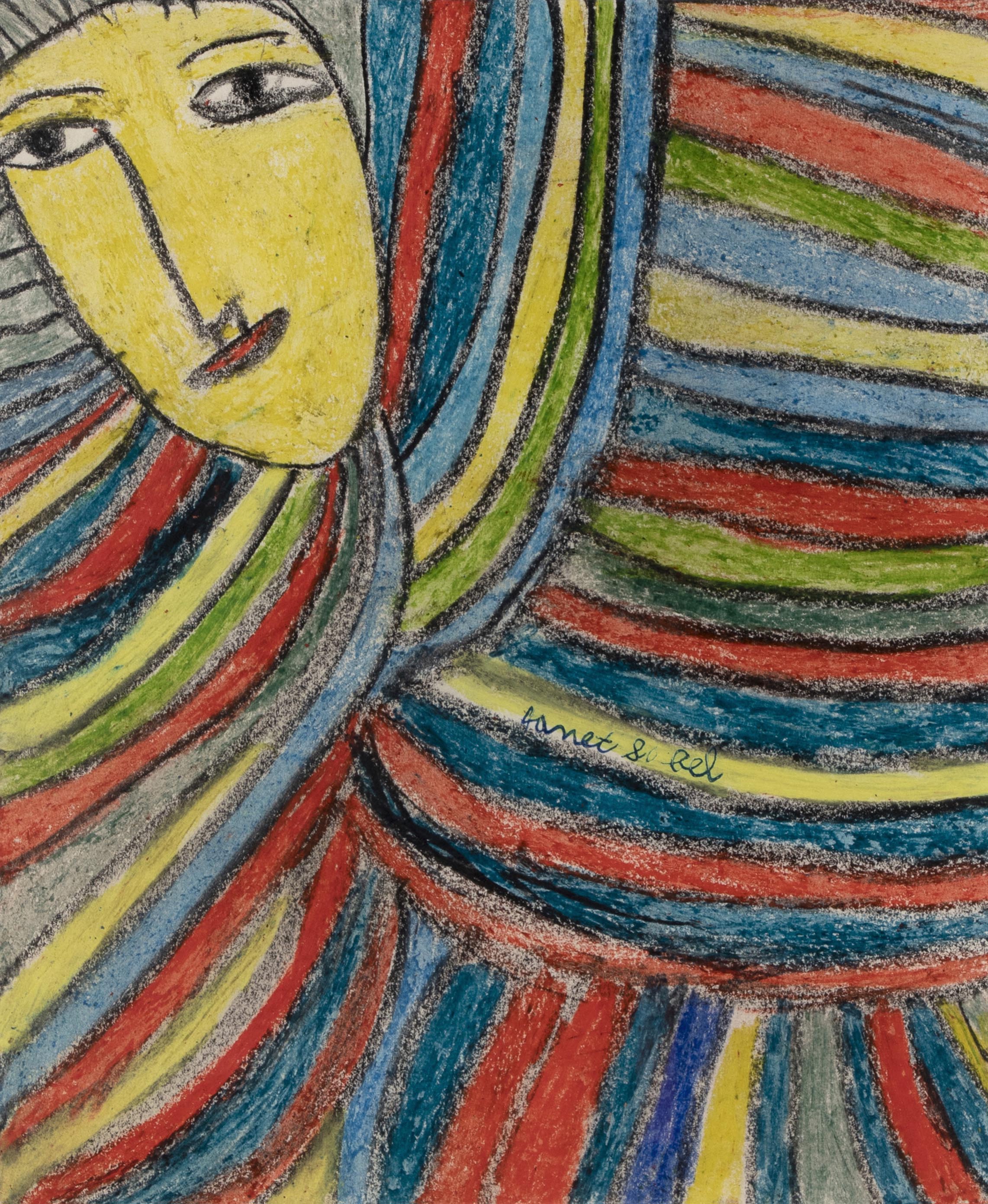 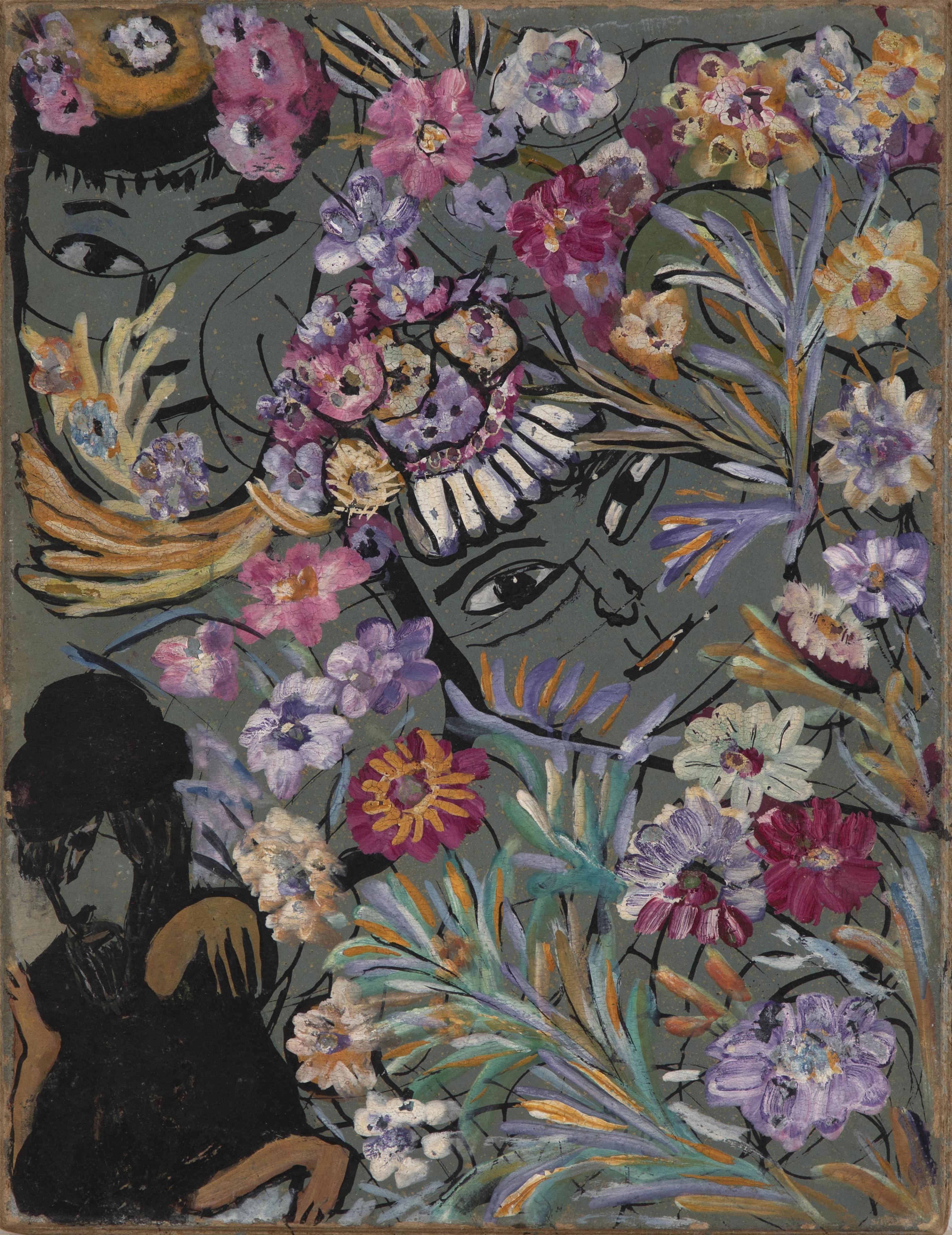 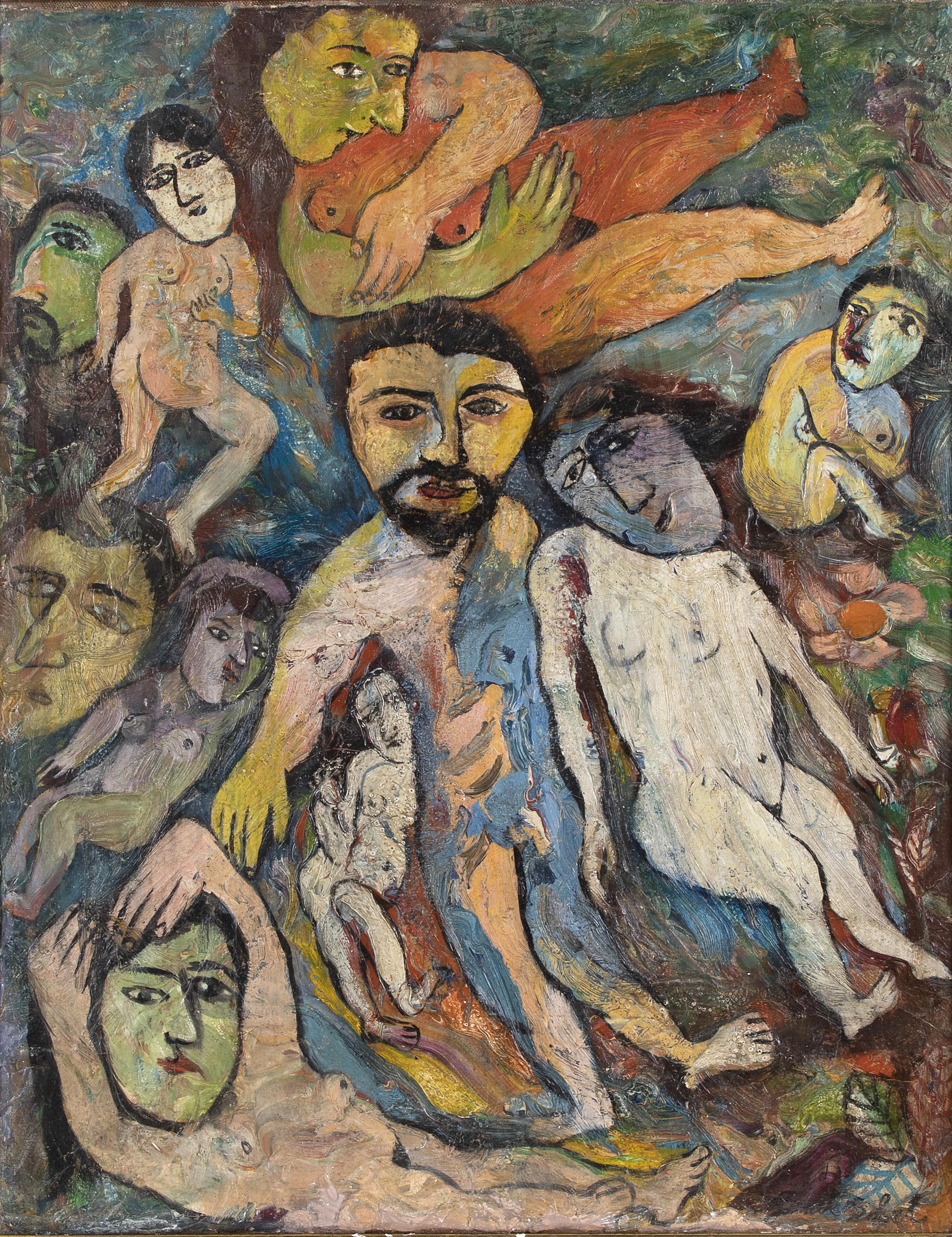 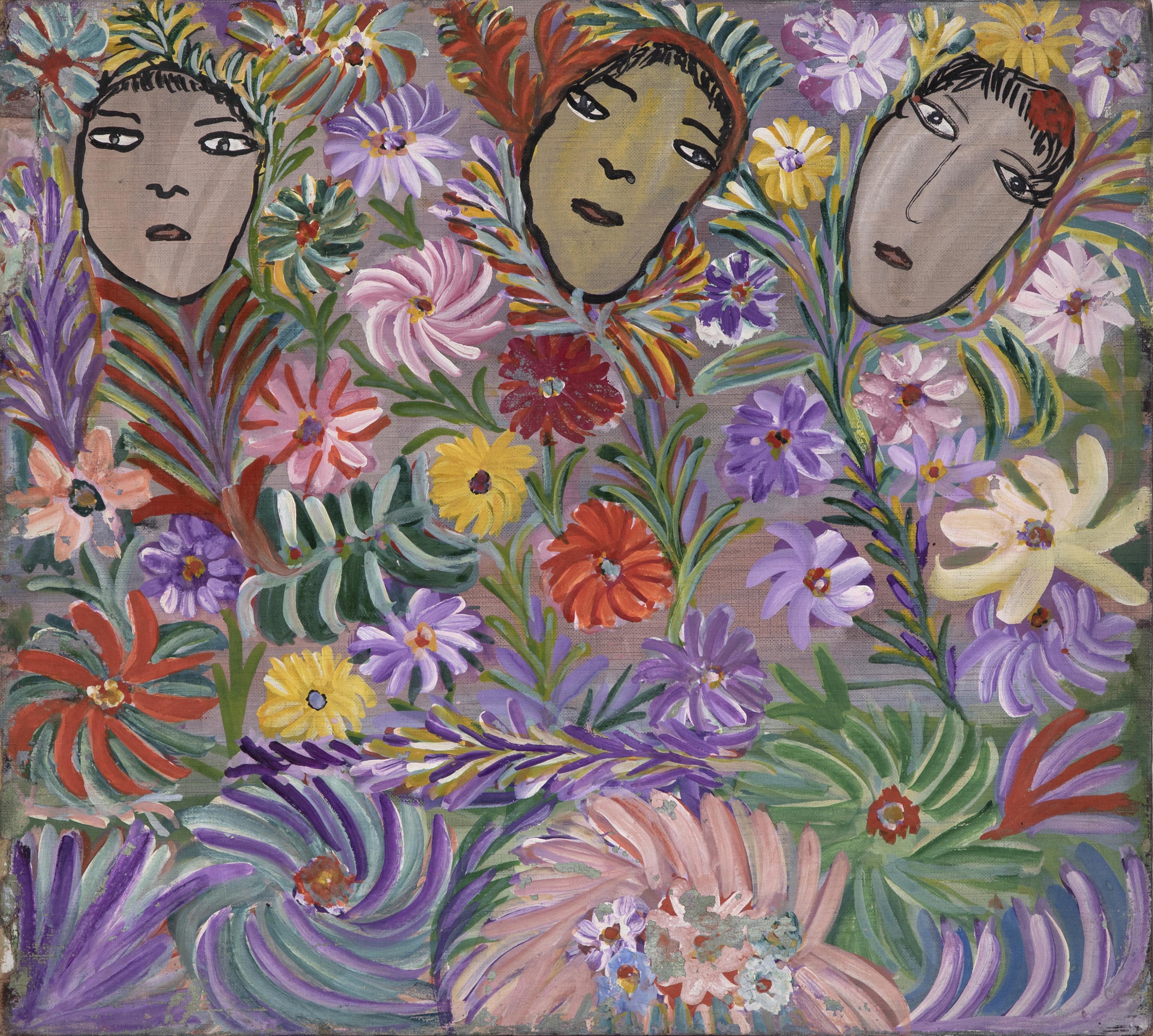 Born in 1893, Janet Sobel is one of the great unsung heroines of 20th century art. Her idiosyncratic and shape-shifting aesthetic was championed by collector Peggy Guggenheim, critic Clement Greenberg and William Rubin, director of New York’s Museum of Modern Art.

Sobel’s self-taught practice began in humble circumstances in the late 1930s when, encouraged by her art student son, this Ukrainian immigrant began to sketch memories of her Jewish upbringing in Eastern Europe. These early works, reminiscent of Marc Chagall, delighted friends and family with their swirling faces and bright colouration.

The work from this period revealed an instinctive certainty of colour, shape and form. It spoke not just of Sobel’s past, but of her identity in the new world. It also brought her to the attention of legendary gallerist and curator Sidney Janis, who included a painting by Sobel in his show American Primitive Paintings at the Arts Club of Chicago in 1943.

Sobel soon evolved a particular form of abstract expressionism, which in turn led to an enthusiastic reception by the great and the good of New York’s art scene.Sobel found herself welcoming critic Clement Greenberg, artists Max Ernst and Jackson Pollock, and even the king of the surrealists, Andr. Breton, to the family home in Brooklyn.

Sobel was exhibited at Norlyst Art Gallery by Max Ernst’s son Jimmy in 1944; and her inclusion in The Women at Peggy Guggenheim’s Art of This Century gallery (along with Louise Bourgeois, Irene Rice Pereira and Kay Sage) led to a solo show at the same venue in 1946.

Ad Reinhardt’s insiders’ art map of 1945, How to Look at Modern Art in America, locates Sobel alongside Mark Tobey, Arshile Gorky and Andr. Masson; and it is widely accepted that her invention of so-called drip painting - whereby paint is dribbled and splattered across the canvas - was unashamedly borrowed by Jackson Pollock and revolutionised his trajectory.

Yet Sobel was not cut from the same cloth as her peers. She moved to New Jersey, stopped creating work and slipped out of the spotlight. Despite her stellar ascent, the uninformed denigrated her as a primitive painter, and worse still, a housewife. Even William Rubin’s support and patronage, acquiring paintings for the Museum of Modern Art, were not enough for a society fixated on the art-educated Caucasian male gaze.

Sobel died in 1968; and it would be almost 50 years before her work was again singled out for its influence and innovation. Today her paintings and drawings are highly sought after and regularly included in exhibitions on female art, modernism and twentieth century abstraction, with advocates ranging from Lynne Cooke, chief curator of the National Gallery at the Smithsonian, to Alice Walton, founder of Crystal Bridges Museum of American Art.

Janet Sobel’s monumental painting, The Milky Way, is currently on display at the Museum of Modern Art in New York.

Janet Sobel is now showing at Frieze Masters 2021, stand H7 and at The Gallery of Everything, 4 Chiltern St, London.

Annual Exhibition of Painting and Sculpture, Pennsylvania Academy of the Fine Arts, Philadelphia, 1945

In Wonderland: The Surrealist Adventures of Women in Mexico and the United States, Los Angeles County Museum of Art, Los Angeles, 2012

Out of This Century Confessions of an Art Addict, Peggy Guggenheim, New York, Universe Books, 1979

Art of the Forties, Riva Castleman, The Museum of Modern Art, New York, 1991