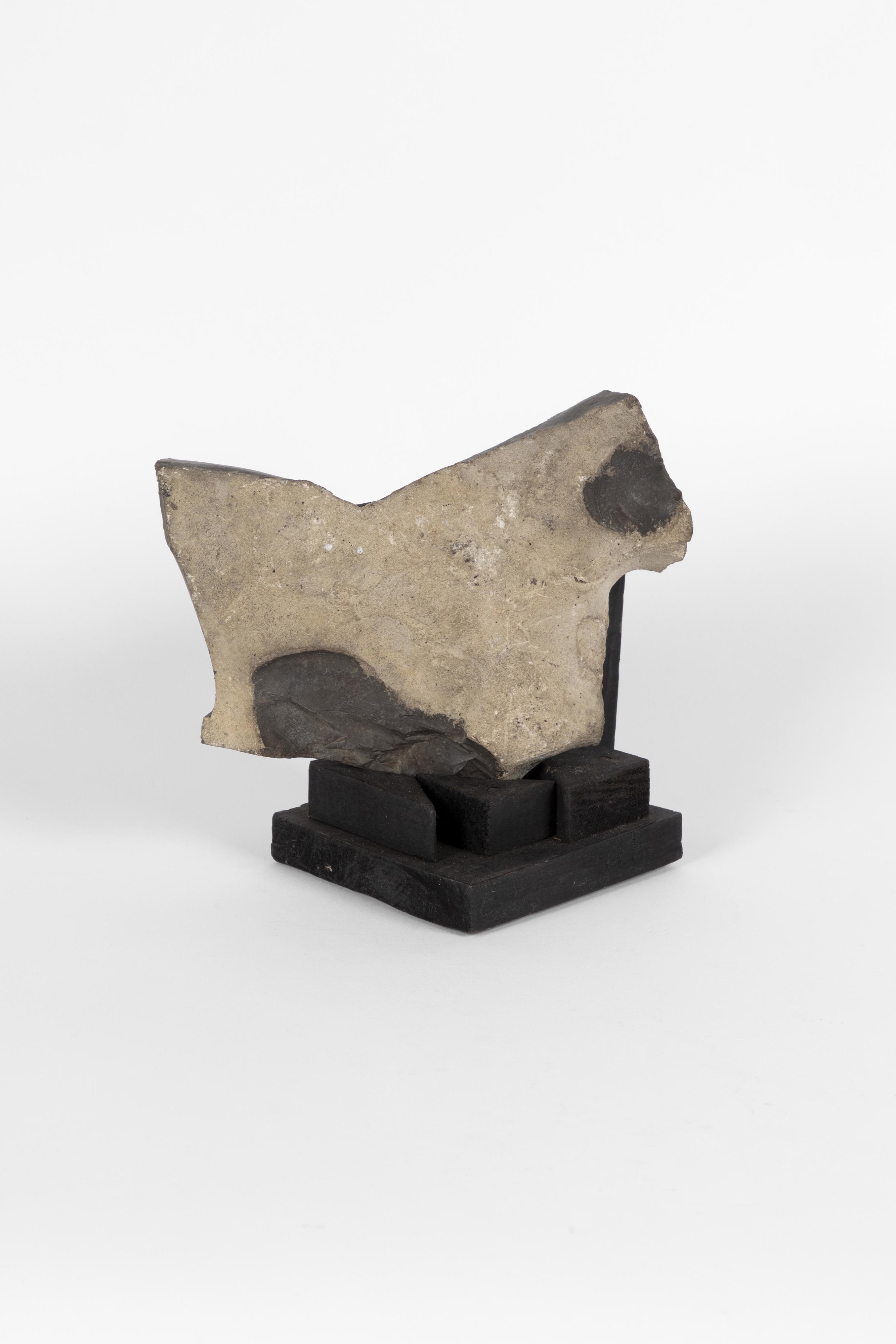 Juva was the nom de plume of a lapsed nobleman and academic, who was also an obsessive collector of curiously-shaped flintstones. The artist presented them as evidence of anthro-pomorphic pre-cultural making and designed each wooden stand to reveal their meaning via a specific orientation. Although Juva did not quite fit the archetype of an uncultured art brut artist, he remained one of the rarest and highly prized discoveries.