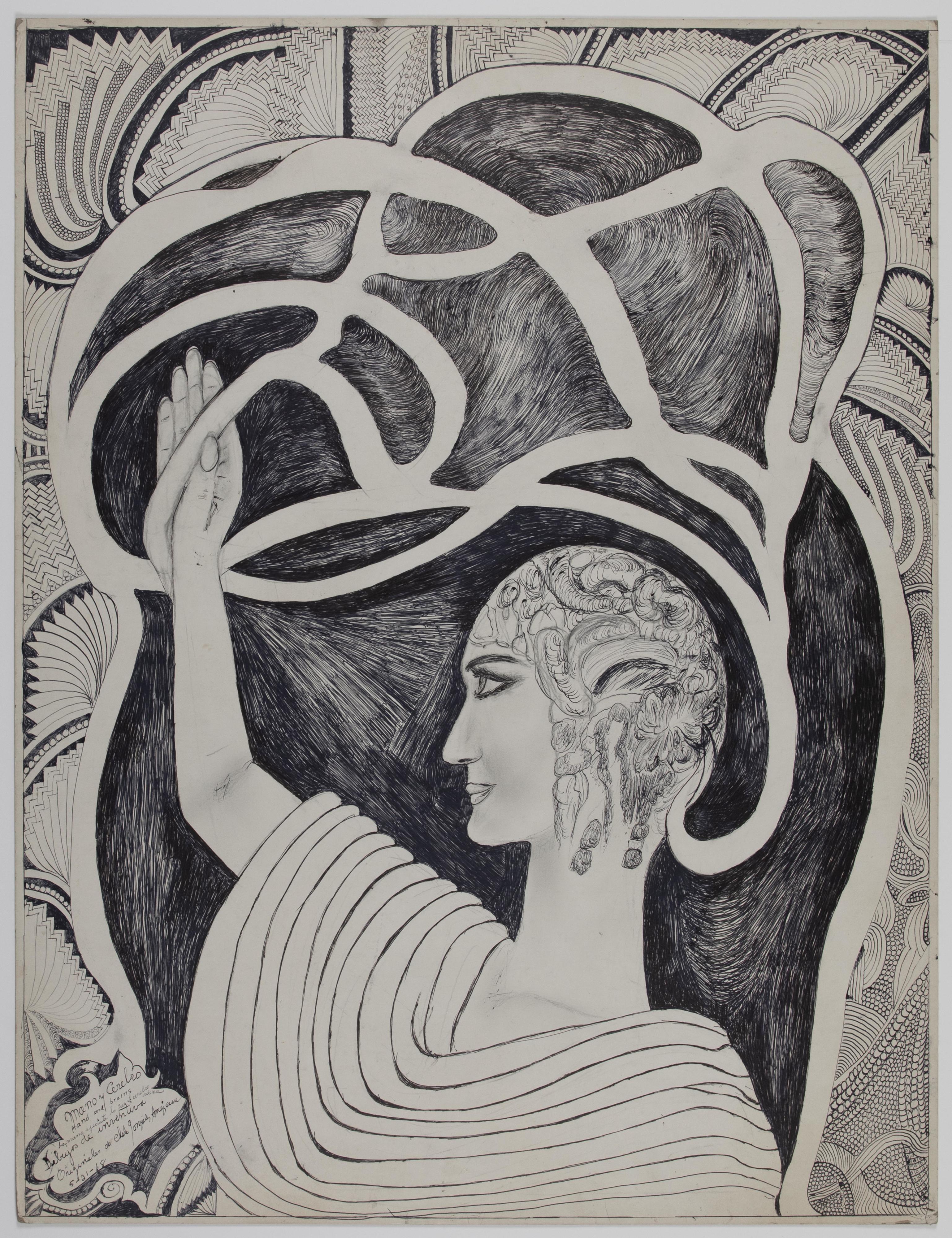 Chelo (Consuelo) González Amézcua was born in Piedras Negras, Mexico, on June 13, 1903. On November 27, 1913 (Thanksgiving Day, she often noted), she moved with her family to Del Rio, Texas. This small town was her home for the rest of her life. Arriving speaking only Spanish, she attended a school that taught Spanish-speaking children English, though she resisted schooling.

Before Amézcua began creating the drawings for which she is known, she wrote poetry, carved river stones, sought anything that would fuel her creativity. Eventually she focused her prodigious creativity on her drawings. She referred to her drawings as Filigree Art, and the subject matter was as unique as her technique. Her subjects included Biblical figures, usually women from the fables that she had read, philosophers, architects, gardens, music, and her Mexican heritage.

According to her niece, Livia Fernandez, Amézcua rarely sketched a drawing before she started it. She began in one corner and continued the drawing, often taking up to a month to complete it, until it was finished to her satisfaction. Formally, densely filled intricate patterns overlap and dovetail, creating mass. The drawings then open with a path of loose lines or empty space, directing the viewer to the next tableau of dense patterning and imagery on the page. Her preferred medium was an inexpensive ballpoint pen because it produced a dependable line of consistent thickness. She later added coloured pen, and finally marker, to her repertoire.

As an artist Chelo Amézcua was unassuming in presenting herself to the world. She worked in a Kress department store selling candy, and lived a simple life with her sister. Her gentle compassion for mankind is evident in all of her oeuvre, a quality Dr. Rolando Hinojosa-Smith referred to as bondad, Spanish for goodness, excellence, kindness and kindliness. She maintained a ferocious and tenacious dedication to her personal vision of herself as an artist until her death in 1975.

Lyle Rexer, The Pen: Mightier Than You Thought, The New York Times, April 13