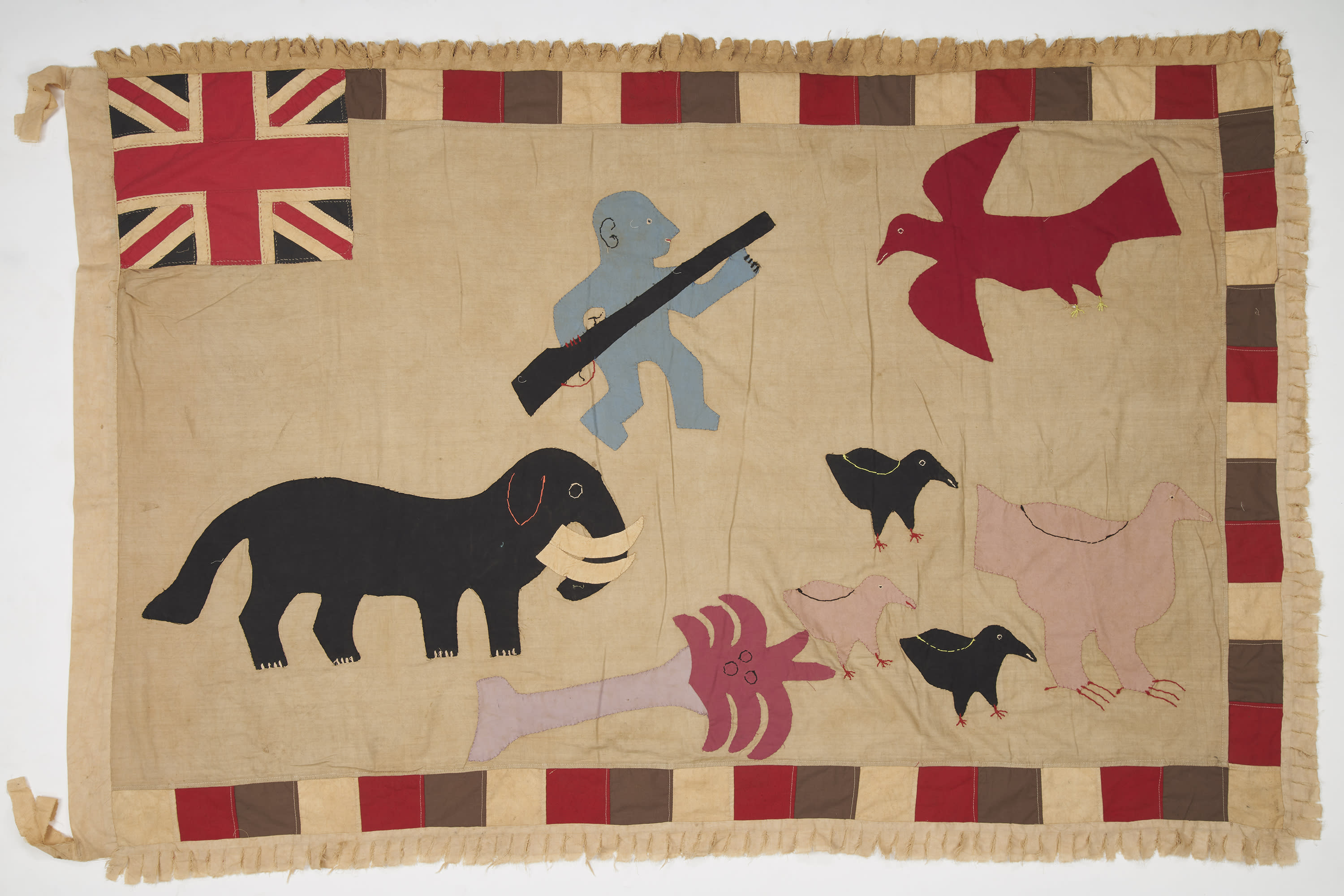 In the 17th century, on the coast of what is now modern-day Ghana, the Fante people developed a distinctive tradition.

They organised themselves into the Asafo: military groups with their own respective numbers, symbols and designs. The flags created by these artists and image-makers commenced an extraordinary visual practice, today considered one of the most vivid and celebratory of 20th century Africa.

ASAFO at The Gallery of EVERYTHING features vintage flags from a number of key collections, including that of author and enthusiast Peter Adler. Dates range from the turn of the century until the 1960s.

'Asafo Flags: Stitches Through Time', a history of Asafo flags presented by Heni Talks and narrated by Gus Casely-Hayford, will be screened throughout the exhibition.
To preview the video, click here.